I Defeated OCD and Achieved My Dream of Living Overseas

A Client’s Experience of OCD and ERP.

What is OCD and how common is it?

Obsessive Compulsive Disorder (OCD) is an extremely debilitating mental health condition which causes a person to experience obsessive thoughts and behaviours. It is the fourth most common mental illness in many western countries and it effects people of all different ages. It is approximated that 1.2% of the UK population suffer from OCD, which equates to 12 out of every 1000 people.

OCD used to be considered rare, but it is now believed that this condition was previously misdiagnosed, partly through lack of health professionals’ knowledge and partly because of the sufferer’s high levels of shame and embarrassment about their symptoms, which prevented them from seeking help.

As a Cognitive Behavioural Therapist at Guiding Minds Therapy, Chelmsford, I frequently treat clients of all ages, including young children, with different forms of OCD.

‘Pure O’ is a form of OCD where the sufferer is plagued with distressing, intrusive thoughts. Like all other forms of OCD in ‘Pure O’ the fear is that you will cause or be responsible for harm.

‘Pure O’ differs from other forms of OCD as the compulsions you have are usually unseen, mental (covert) rituals such as counting, neutralising thoughts or replacing images, as oppose to physical (overt) compulsions like hand washing, checking and ordering items.

Obsessions cause a lot of anxiety and if left untreated the condition can lead to depression and low self-esteem. It is therefore important to seek help as soon as you feel able to reach out.

‘Pure O’ can be treated successful in the same way as other forms of OCD with Cognitive Behavioural Therapy (CBT). Treatment involves recognising and re labelling OCD thoughts and a technique called exposure response prevention (ERP) can be used to help reduce mental compulsions.

The National Institute of Clinical Excellence (NICE) guidelines recommend CBT and ERP as first-line psychological treatments for all forms of OCD: https://www.nice.org.uk/guidance/cg31

In the next part of this article one of my clients Gareth Mill’s has kindly agreed to share his mental health story. He speaks about what it was like to experience Pure OCD and his associated flight phobia. He hopes that he can give hope to OCD sufferers and help encourage others to speak out and seek treatment:

Living with ‘Pure OCD’ and how speaking out is the hardest first step.

‘’My OCD had long crippled me. Unfortunately, it often felt like a journey from which you can never escape.

For me, the overarching feeling was of frustration and confusion. “Why would I, a gentle and rational person, think such thoughts?” It would often concern me that these reflected me as a person. That link between thought and action felt frighteningly real.

Asking for help isn’t an easy thing. It sounds cliché but taking that first step of sharing with a friend or loved one was most definitely the hardest part for me. How can I expect them to understand when I don’t fully?

Luckily for me, I have an amazing family and friends who were there for me and always keen and happy to listen. It’s an important first step on my journey but it felt like just that; the first step on a long journey.

Receiving a formal diagnosis and looking for further help:

I knew however that I needed to seek professional help. I was literally drowning under the weight of my own thoughts, confined to staying at home alone when not at work for fear of intrusive thoughts or avoidance tactics which would prevent me from living my life to the full.

After a number of missed diagnoses over a number of years, I was finally diagnosed with Pure OCD in 2013. You would think such a thing would be devastating but for me, it was a mighty relief. I didn’t feel alone and finally I had a name for the thing I was fighting.

After the obligatory “Google search” I discovered that Cognitive Behavioural Therapy (CBT) was the best approach for dealing with Pure OCD and that is where I met Claire. I remember my first appointment quite vividly. This would be the first opportunity I had had to discuss my thoughts with a stranger and it felt pretty intimidating. Thankfully, Claire quickly put my mind at ease, listening to my thoughts and concerns and defining a plan of action.

CBT was not an easy or a quick fix. The main stumbling block for me is that Pure OCD has very few obvious external compulsions. I felt that it was hard for anyone to understand the pain I was going through inside.

I was not very disciplined with my CBT homework initially, but I knew completing it was key. In around the fourth session I literally for the first time listed everything I had been going through, all the intrusive thoughts, all the frustration. I could start to see how writing thoughts down could help me to distance myself from them and give them less power.

Through Claire’s continued guidance, continued exposure and strong will, I started to make large gains. Socially I was happier and keen to be part of larger groups, the anxieties that had held me back were diminishing and slowly I was regaining my confidence. What it taught me is that even with the best support in the world ultimately the hard work rested with me and once you slowly chip away at gaining that confidence the results can be amazing.

CBT allowed me to live a life I could only have dreamed of before:

Shortly after starting my CBT, I had been offered a job in New Zealand. Basically, my anxieties had made me so scared of flying that I hadn’t flown comfortably for a decade and not at all for about 3 years. The thought of flying to the other side of the world let along be away from my friends and family felt overwhelming and unachievable. However, the techniques I had learned in CBT could be used for my fear of flying. Claire adapted my treatment to include visualisation and exposure through sounds to reduce that worry and fear from flying. Backed up by increasing my knowledge on the mechanics and operations of planes I was off to New Zealand and I haven’t looked back.

Fast forward to 2017 and I now live in Australia and I am an entirely different to the person I was pre-2013. I still have to remind myself how far I have come. Without the power of CBT and the unbelievable support of Claire, none of this would have been possible.

It was great to go back to Chelmsford and see Claire for the first time in 4 years a couple of weeks back and for her to see the progress I have made thanks to her. 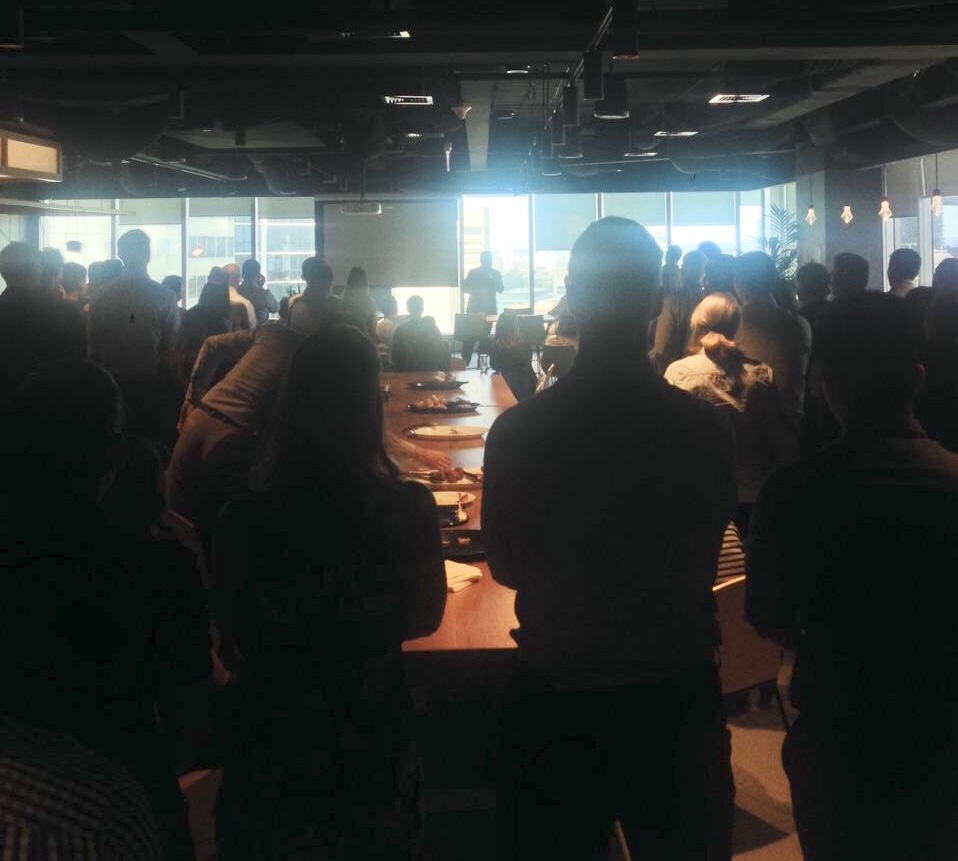 Speaking out about OCD at R U OK? Day to educate and inspire others

In Australia, the second Thursday in September is R U OK? day (https://www.ruok.org.au/). A day when people are encouraged to discuss with colleagues or friends or family about any mental health issues they have been experiencing. I made the decision to volunteer and speak out.

It’s amazing to think that from that time I was worried to talk to Claire as a stranger, I was now talking to 100 strangers about my Pure OCD! It was a very rewarding experience and if it helps people to understand OCD and the benefits of CBT I hope this can only be a good thing.

I often have a saying about my OCD now and I used it when talking at R U Ok? Day; “My OCD use to be my biggest weakness but now it’s my biggest strength“. That strength has only been built by the use of CBT and guidance and patience of my amazing, therapist Claire..’’